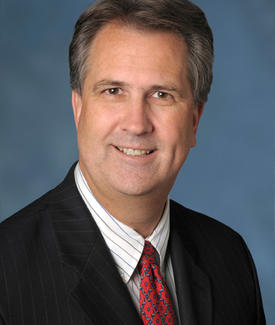 Mr. Horning practiced for eight years at the firm known then as Gray Cary Ware & Freidenrich LLP, a predecessor of DLA Piper LLP (US). He founded California Business Law Group, PC in 2002.

Mr. Horning is an Adjunct Professor of Law at the University of San Diego School of Law where he has been teaching since 2006. He currently teaches Real Property Transactions, and an Experiential Advocacy practicum.

Mr. Horning graduated with high honors from University of San Diego School of Law in 1994. He attended at law school at night while working full time for the Port of San Diego handling commercial waterfront and airport lease matters, and as acting Airport Manager for San Diego International Airport, Lindbergh Field.

Ukraine and children there who are displaced by abuse is a special interest of Mr. Horning’s. He has traveled and spoken there numerous times, including during the seminal elections of May 2014 following revolution in that country. He is the lead author of Rescuing Ukrainian Children. He has lectured at the American Common Law Center at Taras Shevchenko University,
Kiev, Ukraine, the Christian Legal Society National Conference, and San Diego County Bar Association.

Mr. Horning loves camping and hiking, and is an avid sailor, keyboardist and photographer.

<< Back to the Team Page